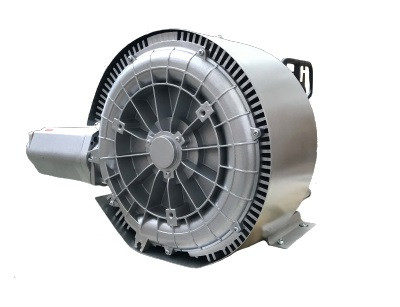 Double stage SC series side channel blowers are made of painted aluminium alloy. This product line is produced in S double-stage in series version and in P double-stage parallel version. They do not need any lubrication because there is no contact between the static and the rotating components and bearings are permanently prelubricated. Blowers can work vertically and horizontally as well while working in compression as in suction.